A lot of talented players in the league are jealous of Randall Cobb.


Not only is he one of the most exciting players in the league at his position, but he’s also been blessed with an elite quarterback in Aaron Rodgers, a talented supporting cast of offensive skill players to take the pressure off, and a creative offensive mind in head coach Mike McCarthy.


In this post we’ll be taking a look at three of the many ways Green Bay uses Randall Cobb, and the reasons behind each play call. 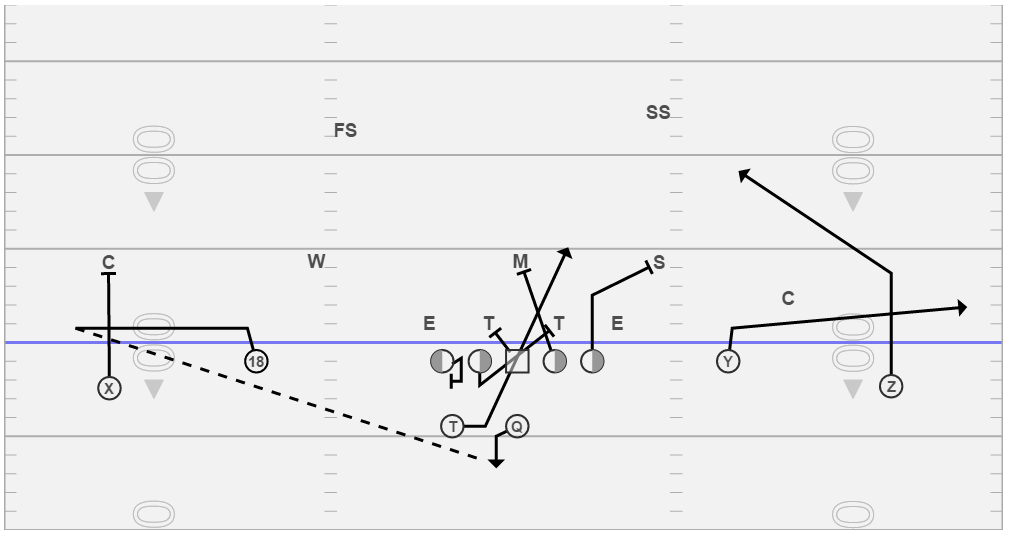 This play, what we’ll refer to as the “quick flat screen” is becoming increasingly popular in the league for a couple of reasons.

First of all, the ball comes out of the quarterback’s hand incredibly quick, in many cases quicker than the bubble screen.

Even more than the speed of the throw is the speed with which the receivers can get out in front and block almost immediately.

One thing that can hamper the ability of receivers to be effective blockers out on the edge in their hesitation before the football is thrown, for fear of picking up an offensive pass interference penalty.

Since the receivers know the football is coming out of the quarterback’s hand right now, they can come off the line immediately and get in the face of the nearest defender and start blocking.

Another positive about this play is that the moment Cobb catches the football, he’s already at, or past, the line of scrimmage, whereas there are plenty of times where an aggressive defensive back has knifed in past the receivers and made the stop in the backfield.

Combine the quick flat screen with a normal run play up the middle and now the offense has another way to beat you.

Rodgers reads the alley defender’s movement just after the snap to make his final decision on what to do with the football.

In the backfield - Mesh / Wheel 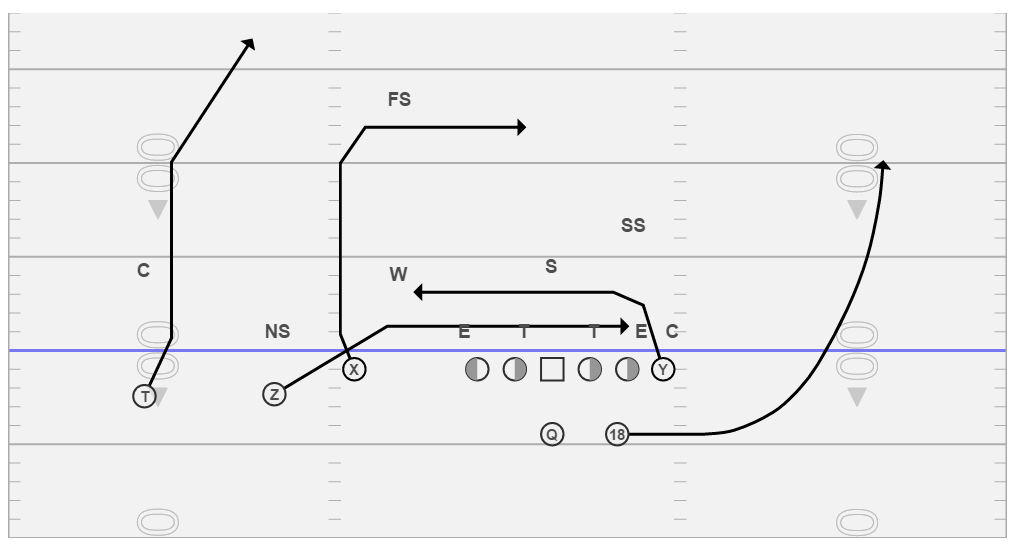 Putting a guy like Randall Cobb in the backfield accomplishes a lot of things.

For one thing, it makes it a lot tougher to disguise the coverage when an actual receiver is standing in the backfield.

Because the offense is aligned in a 3x1 set, it’s already stretched the coverage to the three-receiver side by alignment, and now instead of a tailback lined up right next to Rodgers, you’ve got an even bigger pass threat, a guy who knows how to get open against different kinds of zone coverages, and someone who isn’t a great matchup for most linebackers in the league to cover.

This is a well-designed play because it gives Rodgers the ability to sniff out the defense, and he has several different options so that he’s pretty safer no matter what the defense throws at him.

The great thing here is that Cobb’s wheel route serves a couple of purposes. Against any kind of edge pressure Cobb should expect the ball coming his way immediately while he’s still in the early stages of his route.

This is a fantastic play design all around, from the formation, to the placement of the personnel, to the way the routes fit together.

Getting him all alone in space - PA Cobb Option 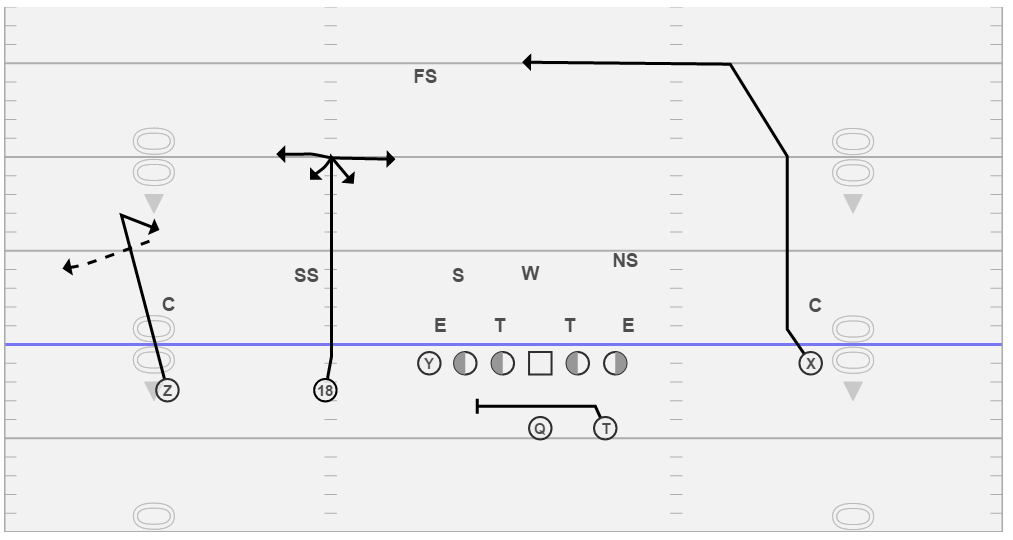 This concept works because of the way all three routes develop at different depths.

To the trips side, the Z receiver starts widening as he gains depth on the wide hitch route. The angle on the route is a little wider than a standard hitch in order to create as much space for Cobb’s route in the slot as possible, and stretch a defender who would be trying to cheat and play both routes at the same time.

To the single receiver side, the dig route is timed to come open late and into the window where the safety may have rotated over to play over the top of Cobb’s option route.

The play fake times up the drop for Rodgers so that he can release the football as soon as the Z receiver starts breaking to the outside.

Now we come to the option route itself with Cobb. Coaches talk all the time about how to create space for their best players, and this play is set up to do just that.

It’s a common practice to set up a playmaker in the middle of the field with lots of space to either side of him, as well as breaking on the routes at different depths, so that it’s even harder for defenders to play multiple routes.

Once Cobb gets to his assigned depth at ten yards, he’ll most likely be matched up against a single defender, in which case he just finds the best angle and works away from him to get open.

If for some reason he’s covered by the time he makes his break, Rodgers can find the dig route coming open at 15 yards, or even dump off to the back on the checkdown.

These are all great examples of creativity on offense, but having the ability to move guys like Cobb around, and making a consistent effort to get him the football is more important than any one single scheme.

Players win games, and more often than not, coaches lose them, but having a coherent, consistent system with answers for what the defense will throw at you will leave you in great shape in any situation your team finds itself in.

As a writer who spent a period of time coaching high school and college football, Alex Kirby loves talking the X's and O's of the game, and prides himself on his ability to simplify the important details of the action without dumbing down his analysis. Many books, including his "Every Play Revealed" series, contain information that you simply can't find anywhere else. Alex can be found on Twitter at: @AlexJKirby

Posted by Mark at SpreadOffense.com at 9:27 AM No comments: