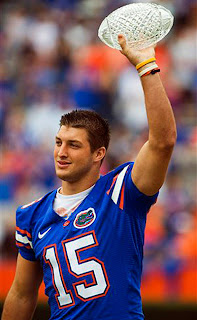 It's funny how some things you hated as a kid you grow to appreciate as an adult. I hated math growing up, maybe it was Sister Ann yelling at me in 4th grade math at Queen of Peace Grammar School that set a bad tone, or I was simply not very good at it.

These days things like percentages really intrigue me, like the Dow is up 1.8% today, or this person got a 5% salary raise, or Giants season tickets went up 4.5% from last year.

I was thinking the other day about the advantages a single wing spread offense brings to an offense, and of course I believe there are many, but I decided to let math tell me the advantage.

My handy calculator told me that an offense has an 11% (not exact, but lets round up) advantage or 'upside' when it comes to blocking a defense on a single wing run play where the single wing QB accepting the snap runs the ball and the other 10 offensive players block versus a QB under center handing the ball off to a running back and 9 offensive players blocking the defense.

Just to be clear, the above assumes there is no fake hand-offs out of the single wing (which would eliminate the % advantage, or does it? as the fake causes the defense to second guess there keys? - that's another post), just pure QB power, QB Iso, QB burst, QB sweep plays. Basically hats on hats type plays.

As far as percentages go, 11% is a pretty big number. If the Dow Jones Industrial Average went up 11% today, that would be a 964 point gain, likely the top story on every news channel in the country.

So as a coach, maybe good old math will make you think about a single wing spread offense package when you need a little percentage gain on the field.... it sure hasn't hurt Tim Tebow and the Florida Gators.

--Mark
Posted by Mark at SpreadOffense.com at 4:30 PM 2 comments: